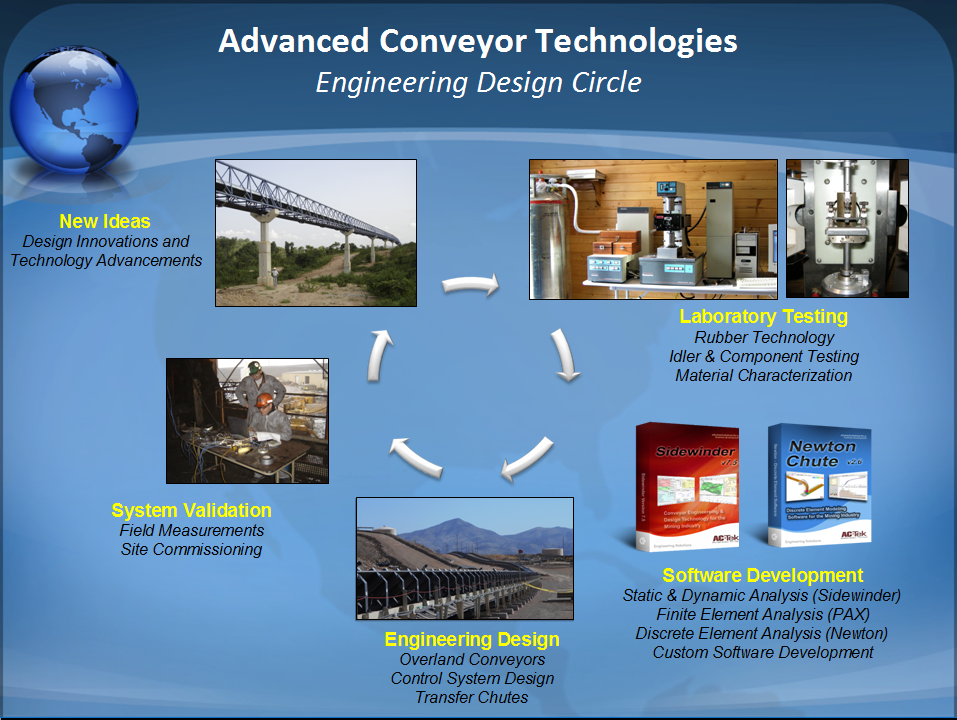 AC-Tek’s core business is the design, and optimization, of complex overland conveyor systems. Everything we do, from in-house laboratory testing and software development, to commissioning and field measurements, has this single goal in mind. We strive to provide our clients with the latest in conveyor technology, resulting in a safe, reliable, and commercially competitive design.

We offer the following services:

Is the conveyor being provided to you by your contractor safe and reliable? Have they thought through all the “what if” scenarios during all possible starting, and stopping conditions? AC-Tek will provide a detailed analysis and recommendations for your system using the latest engineering technology.

We offer a competitive, reliable, and safe design of conveyors from the very simple to complex conveyors. Our goal on all conveyor designs is to optimize the conveyor to reduce capital cost while increasing the reliability and safety of the system.

AC-Tek has written specialized software for the design of overland conveyors. In particular, our Sidewinder conveyor design software is specifically tailored for this work.

Information Modeling, or BIM, is the reason for that revolution. BIM technology rapidly enhances complex building processes, shortcutting any project completion date, cutting the expenses and improving the overall quality of the construction. Our construction company is the leading industry exponent, with approximately $30 billion in BIM project experience. We want clients to understand the incredible advantages that the BIM offers and we want them to get prepared to embrace this new technology. 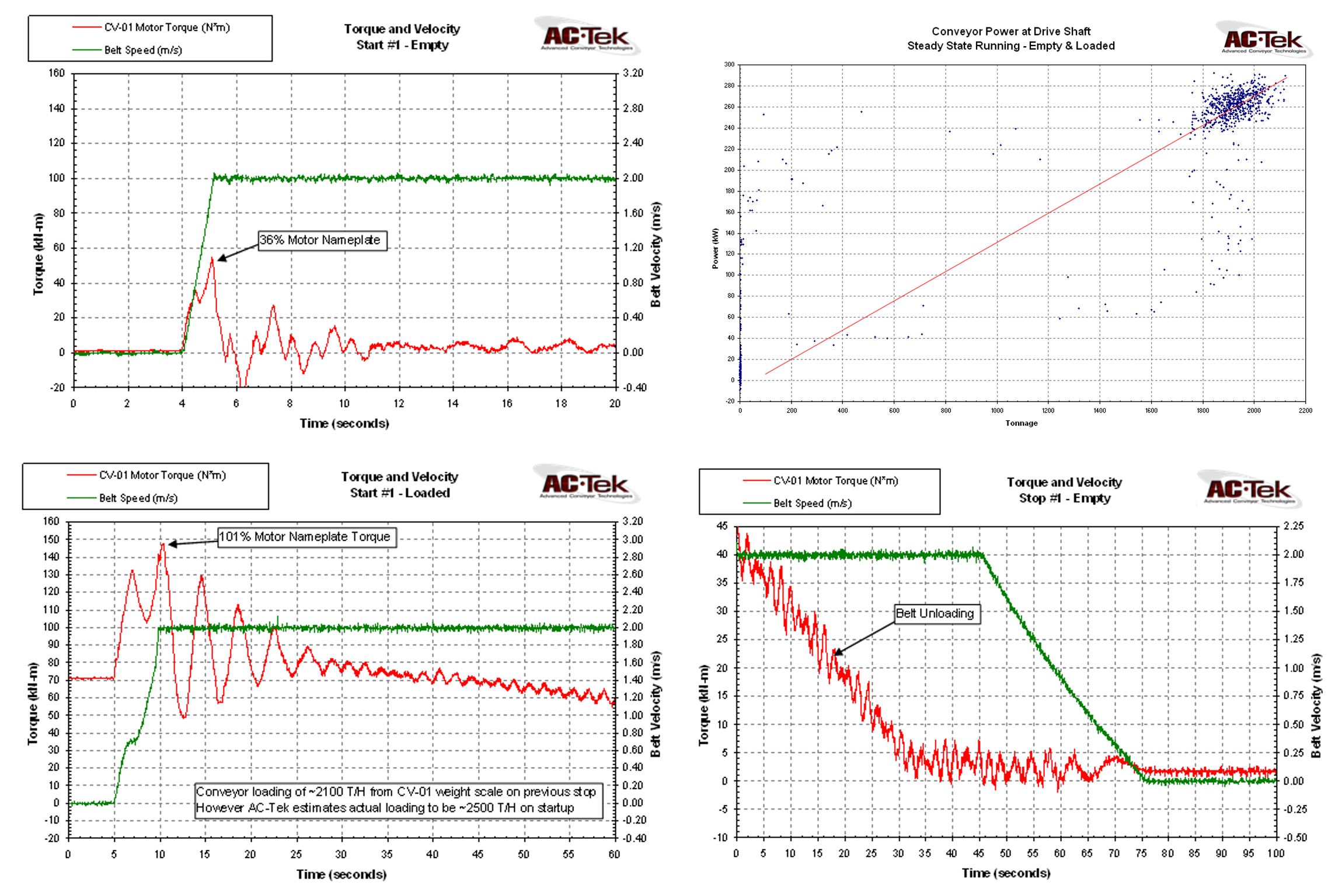 Static analysis analyzes the conveyor during steady state operation. Static analysis assumes the belt is rigid and does not take into account any time transient tension during starting and stopping.

Dynamic analysis is essential for all conveyors except perhaps for short and simple belts. It is used to predict the belt’s response to transient starting and stopping force which may be applied by the motors, brakes, take-up, etc.

Dynamic analysis simulates the time transient belt tensions, velocities, and displacement that occur during starting and stopping. Transient conditions are numerically solved taking into account the elasticity and the non linear displacement force relationship of the belt.

Dynamic analysis is used to:

A conveyor belt is a very complex piece of machinery. The drive system, belt, conveyor profile, belt loading, take-up properties, and idlers all interact to produce transient forces during starting and stopping. Without dynamic analysis it is impossible to predict the outcome of a specific drive system or control algorithm.

The design of any overland conveyor begins with the proper selection of an optimized conveyor routing. The best path from point A to point B is not always a straight line. In many cases the conveying system must be routed around lakes, hills, towns, environmentally sensitive areas, and other such obstacles. Snaking conveyor routes (both horizontally and vertically) are often required to traverse these obstacles.

As important, but far less obvious, is the optimum vertical path the conveyor should follow. Accurate belt stresses and tensions must be determined before the minimum curve radii can be calculated.

What are the tradeoffs between the conveyor design and the earthwork requirements? Is it more economical to increase the belt rating, width, or speed, in order to reduce the cut and fill requirements? Is that the best solution or is there an entirely different routing that could be used?

One quickly realizes that the interaction between the routing, earthworks, and conveyor design is extremely critical, and these items should not be treated independently, but rather as a complete system.

Historically, this optimization process was painstakingly difficult, often involving several different engineering groups. Many times each group was unaware of the requirements of the others, thereby missing opportunities to achieve an ultimate design.

From the very start the conveyor design is treated as a single “system”. From pre-feasibility studies to final design engineering, let
AC-Tek provide you with the most cost efficient and optimal conveyor design. 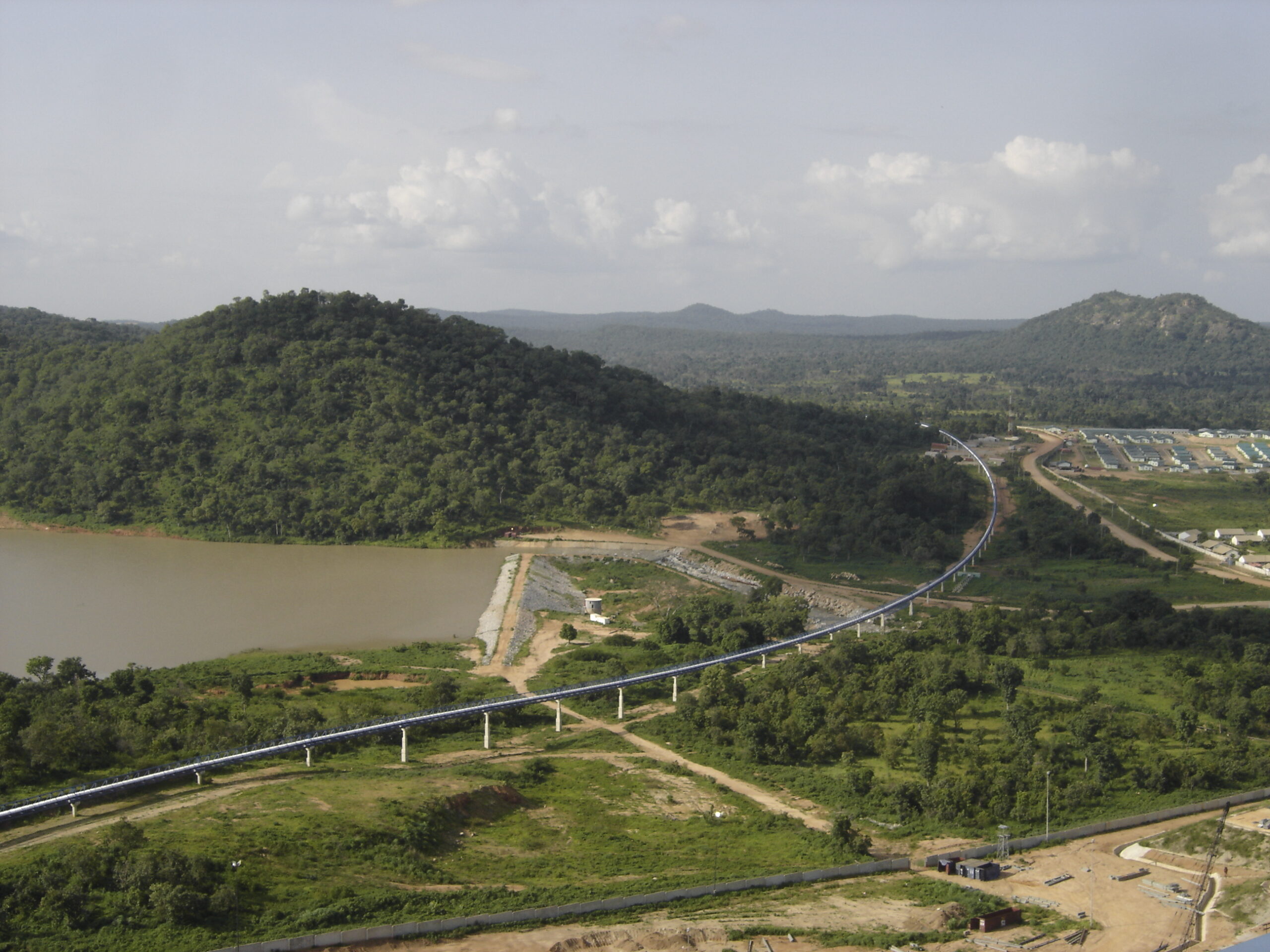 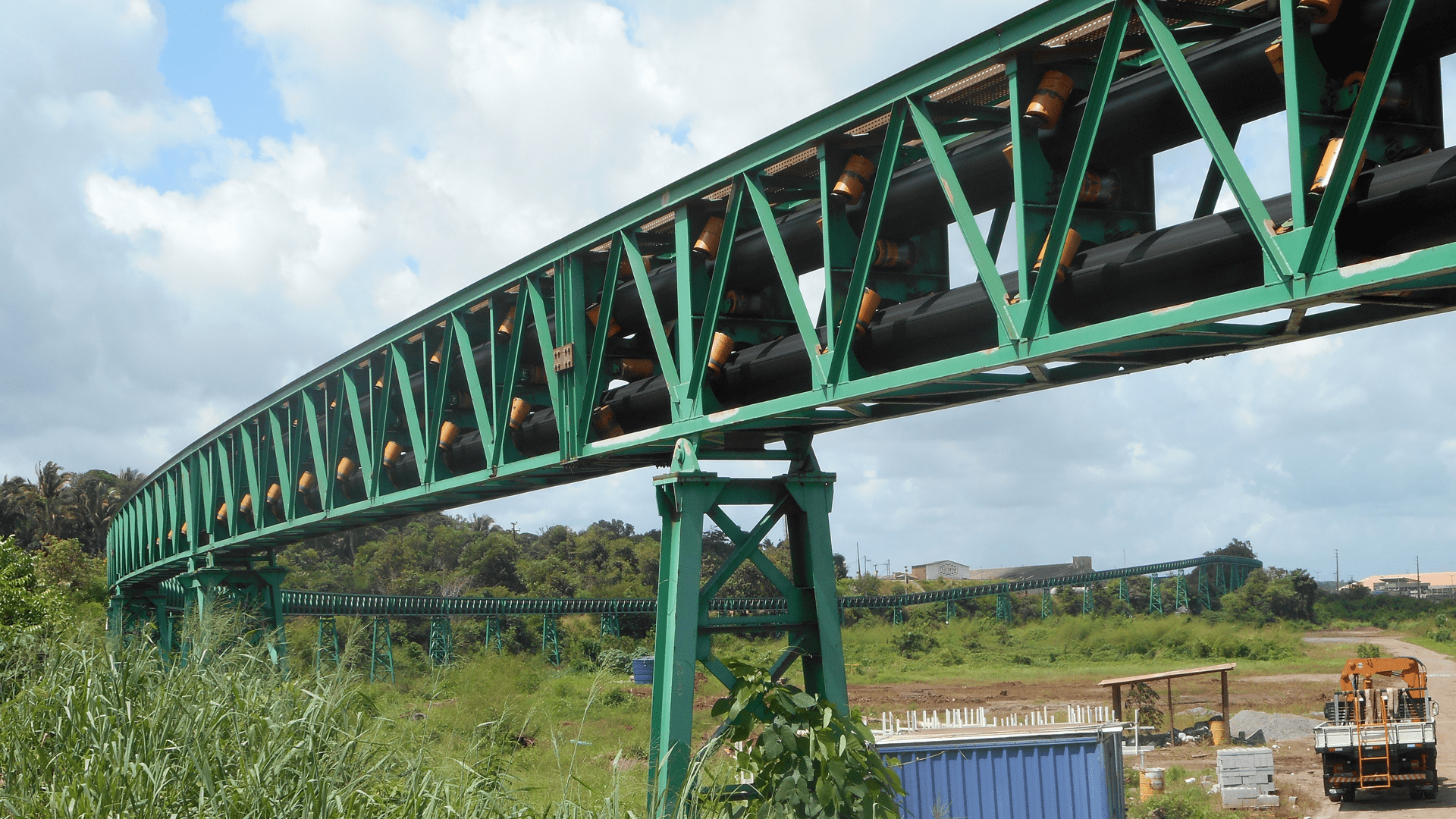 AC-Tek has been involved with the design of numerous pipe conveyor systems around the world. Pipe conveyors have very unique and special characteristics which must be thoroughly understood for the proper tracking, feed, discharge, and control of the system. Accurate power predictions are imperative to minimize belt ratings, structural costs, and long term operating costs.

AC-Tek has incorporated many of these items in the Sidewinder conveyor design software. Furthermore, AC-Tek has taken field measurements to verify the belt tensions, and dynamic behavior on several pipe conveyor systems.

In order to maximize the operational life of a conveyor belt system, it is essential to understand the actual operating conditions of its equipment, and the system as a whole. This includes accurate knowledge of the operating forces, the dynamic behavior of the system, and all other significant design parameters. This information is also indispensable in forensic engineering, particularly when critical equipment has failed. In order to obtain this information, conveyors can be equipped with a variety of both temporary and permanent data acquisition equipment and sensors.

The reasons for obtaining measurements on conveyors include:

AC-Tek has written several papers on data acquisition, if you would like more information or a copy of these papers just drop us an E-mail. 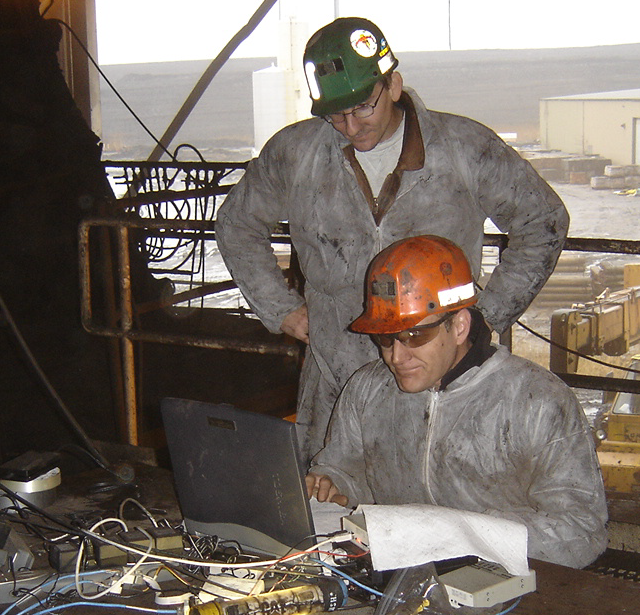 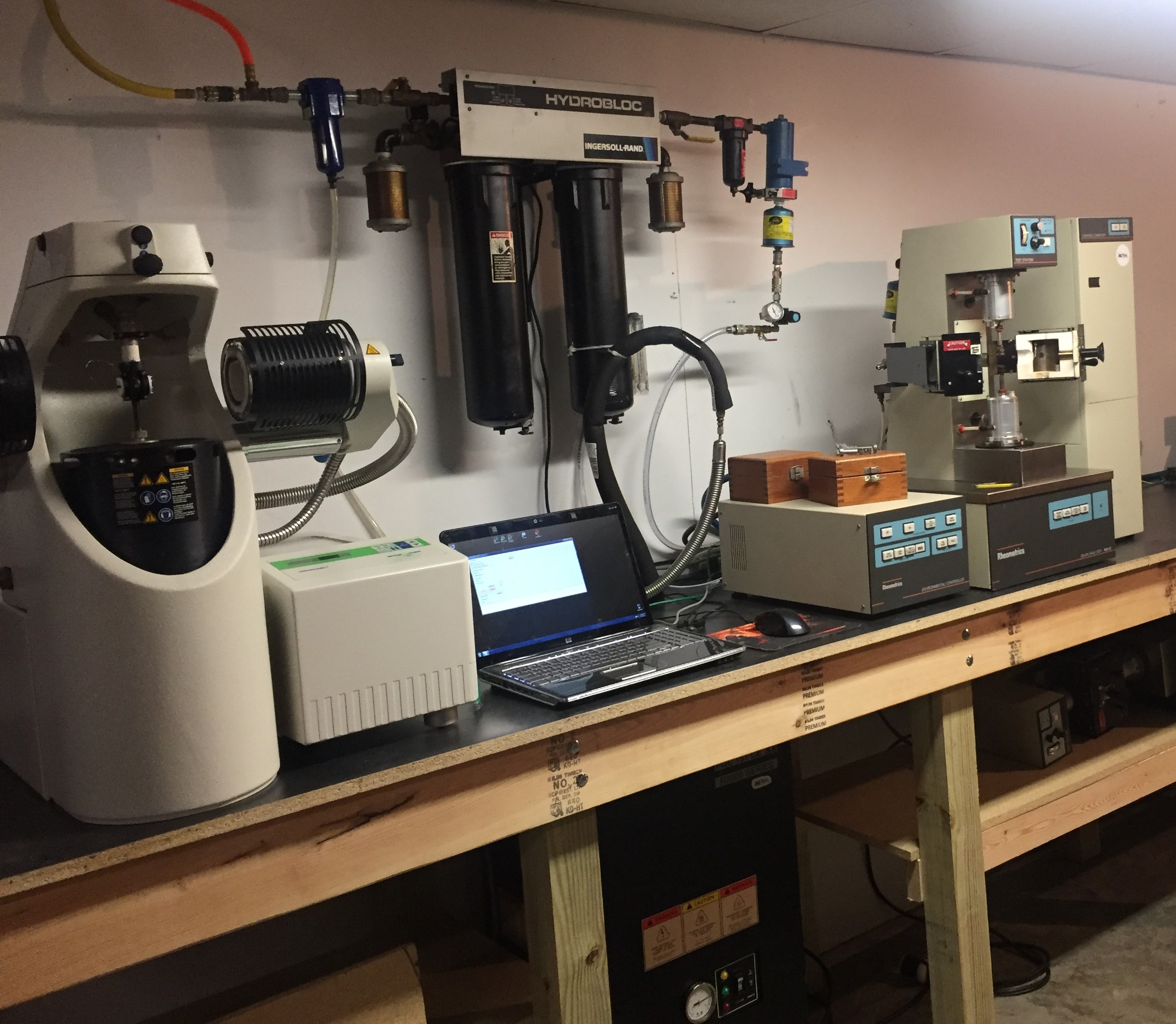 Historically, there have been numerous papers written on the importance of the belt’s rubber viscoelastic properties (Spaans, Jonkers, Wheeler). Additionally, the newest (sixth edition) CEMA conveyor design book has also finally embraced this important aspect in conveyor technology. Rubber viscoelastic properties however, can vary significantly from manufacturer to manufacturer. Additionally many manufacturers have several rubber compounds to choose from. Furthermore, a specific rubber compound’s viscoelastic losses are a function of:

All of the above parameters can affect the rubber indentation as the belt passes over the idler, and thus the rolling resistance losses and power consumption of the conveyor. On long overland conveyers viscoelastic losses are not only important, but they can be the most significant component in the power calculations. It is these types of installations where accurate power predictions are the most difficult to calculate and can vary significantly from the “basic” calculation methods.

For these reasons, AC-Tek has invested in a Rheometrics RSA Solids Analyzer. This machine is capable of measuring the rubber’s viscoelastic properties at various temperatures, frequencies (speeds), and strains (idler normal forces). A wide range of tests are conducted, and the results compiled into what’s known as a rubber viscoelastic “Master Curve”.

These viscoelastic master curves can then be imported into the “Sidewinder” conveyor software in order to accurately predict the power consumption of a particular conveyor system. Using this information allows the conveyor design to be optimized for a specific terrain, regional climate (annual temperature range) and a wide range of other parameters.

For more information on rubber viscoelasticity, conveyor power consumption, or the “Sidewinder” conveyor design software, please contact us. Our knowledgeable engineers are always happy to discuss how the most “Advanced Conveyor Technologies” can help benefit you!

AC-Tek’s engineers have over 15 years of experience using the latest finite element analysis software. This includes the ANSYS finite element software. More importantly however, our experience is focused on the material handling industry and specifically belt conveyors.

The reasons for obtaining measurements on conveyors include:

AC-Tek has written several papers on data acquisition, if you would like more information or a copy of these papers just drop us an E-mail. 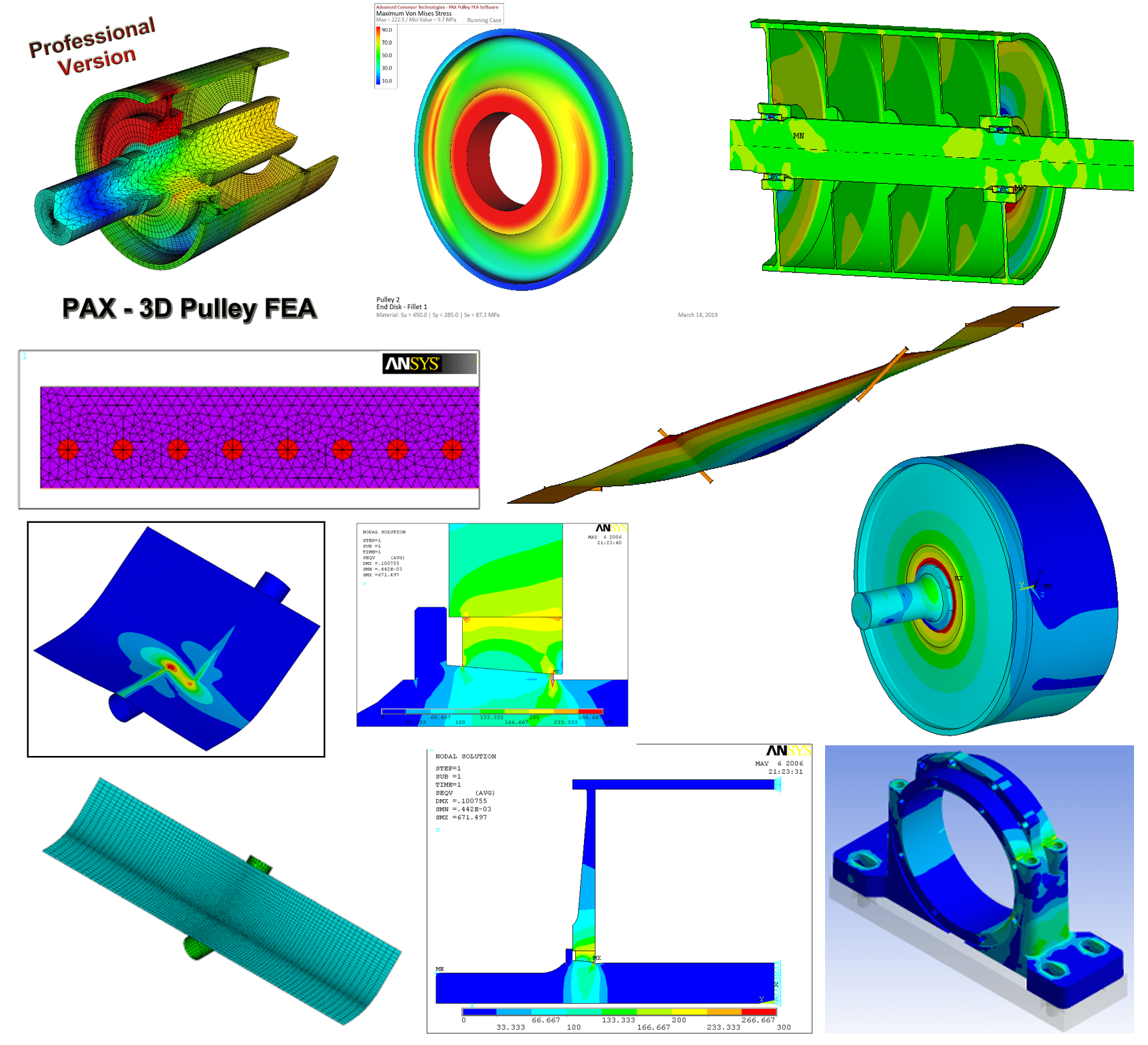 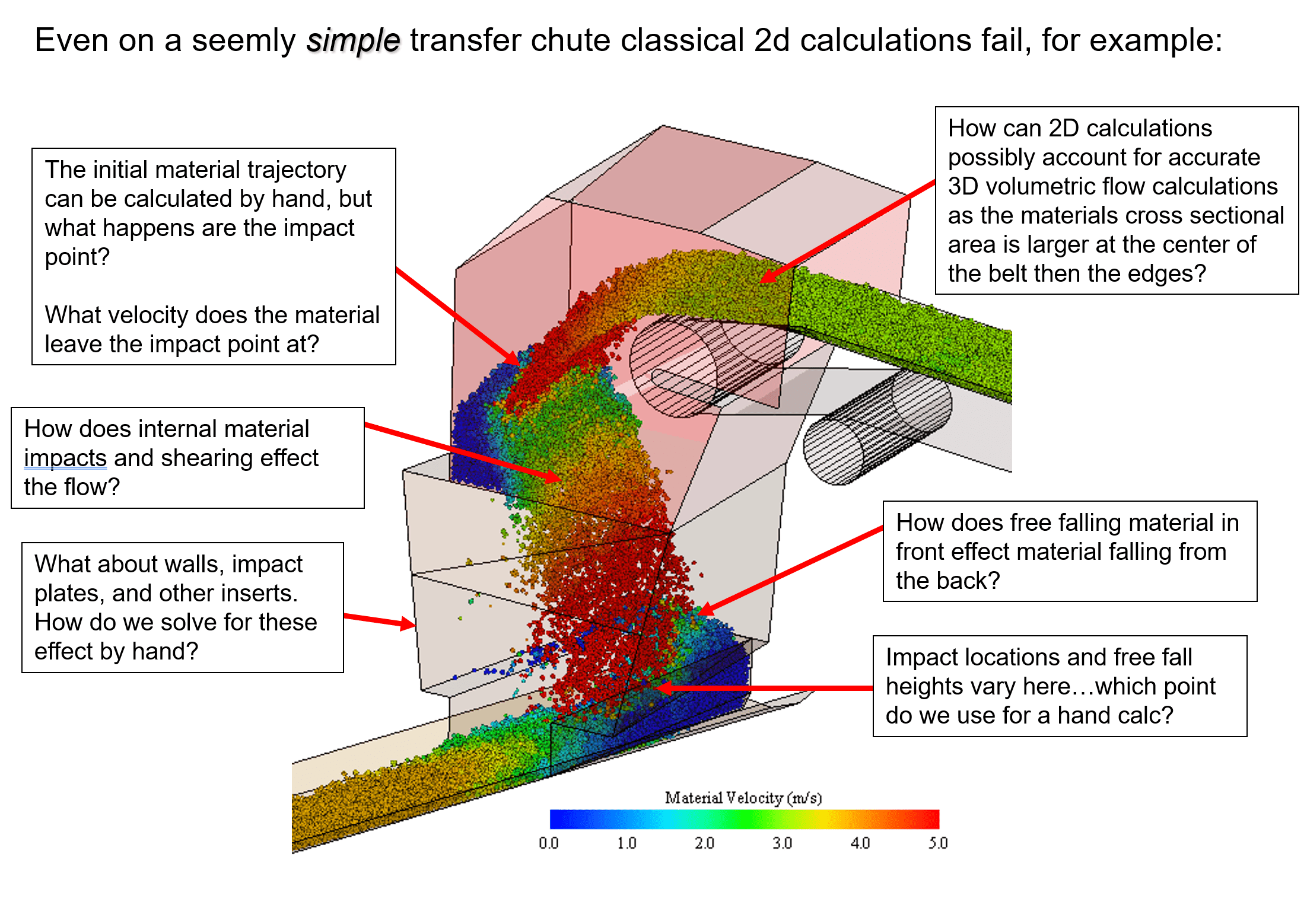 The proper modeling of granular flow using the DEM method has the potential to be one of the most significant scientific advancements in the mining industry today. Previously general rules-of-thumb and past experience were the only tools available to the design engineer. Now complex material flow problems can not only be accurately modeled, but designs can be quantitatively compared against one another. This gives the designer the ability to optimize the system in a manner never before possible. Additionally, a wide range of “worst case” material properties can be simulated, thereby allowing the designer even further insight as how the system will behave before it is installed.

The Discrete Element Method (DEM) is the name given to the process in which the large-scale behavior of a complex material systems can be modeled and simulated on a computer. In many instances this involves the mathematical modeling of hundreds of thousands of individual discrete “particles” or “clusters of particles”.

This process is a radical change to the trial and error methods used in the past. However, the DEM method should be applied and used no differently than any other “tool” in an engineer’s toolbox (Fig. 3). It must be combined with good engineering knowledge, design experience, and a firm understanding of the material’s characteristics. Only a few years ago, common DEM problems involved a mere 10,000 to 20,000 particles, and required weeks, or more, to solve a single flow simulation. Now these same problems can be solved in a few hours, and even minutes. Simulations involving millions of particles (or more) are now possible. Our real-time flow simulation software “Newton” is now commercially available.

AC-Tek has developed a wide range of in-house test equipment. From belt troughability testing, to a temperature controlled variable frequency idler testing rig, to a wide range of different material testing equipment. If it’s part of a conveyor, we want to know everything we can about it! Research and development are key to advancing conveyor technology. Combined with a plethora of real world field measurements, AC-Tek completes the design circle from concept to finished system.